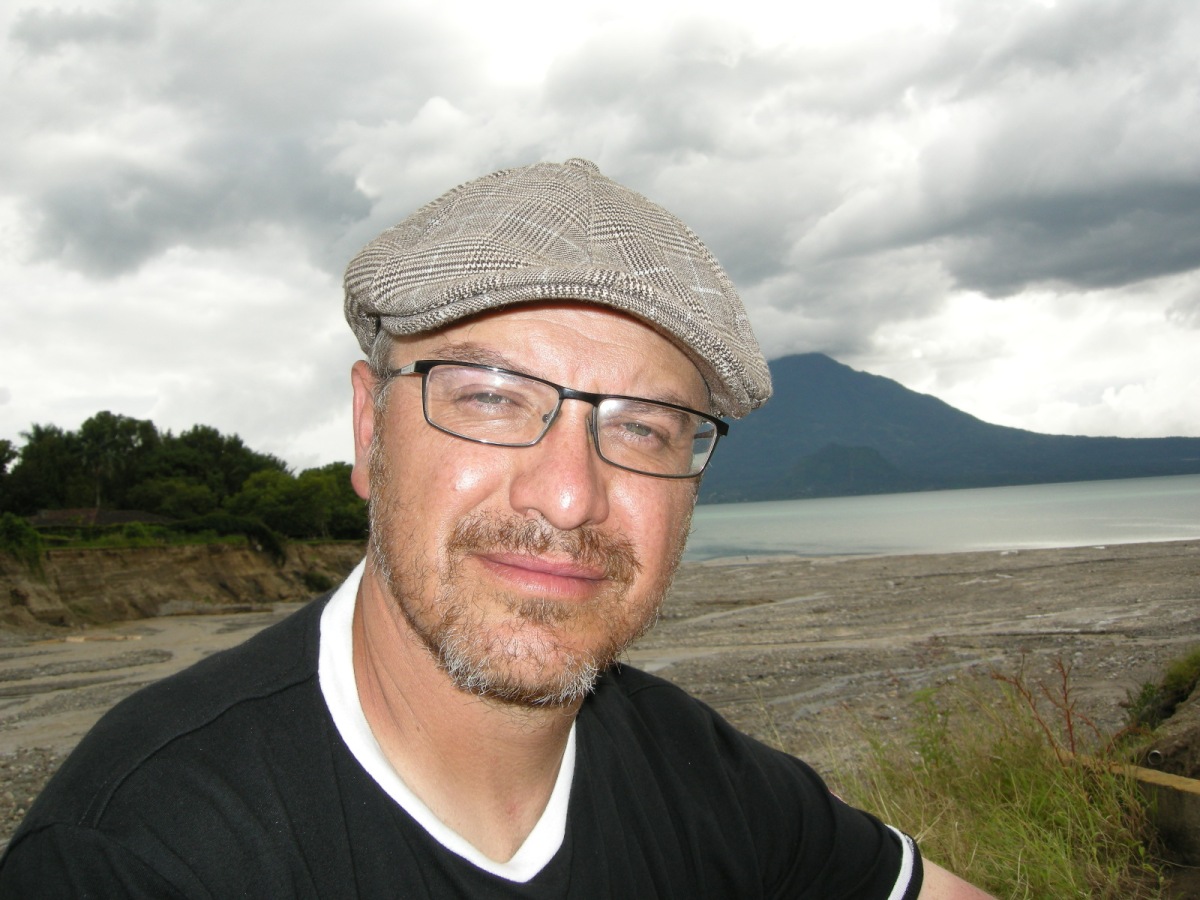 Nadir Olivet is the owner of Toronto’s la Carrera Cycles http://www.lacarrera-cycles.com/ and the main organizer and sponsor of this year’s Cycle Messenger’s World Championships (CMWC).

“I’ve been fortunate; that’s why I am here,” Olivet says simply.

“Twelve years ago my nephew and I were bike messengers in Washington, D.C. and we decided to bring the race home to Guatemala. But, for several years, the organizers turned us down because it was ‘not logical’ to run the race in country that had no bike messengers.” So, in the intervening years, Mr. Olivet opened a shop serving messengers in Toronto; selling them everything they needed from chains and gears to a line of clothing that he had designed.

In 2008, after the Toronto CMWC, he decided to treat the riders, who had gathered at his shop between heats to a Guatemalan style breakfast. This went so well that on the last day of the events, Andy Zalin was moved to suggest that the race be hosted in Guatemala! This was remarkable because Mr. Olivet had submitted his proposals for over a decade and had actually abandoned this dream.

He is proud of having been a messenger and considers himself and most of this two wheeled community to be “positive and interested in cultural exchange.” As a competitive cyclist and avid supporter of his country, Olivet had taken to riding in smaller, illegal (read: not permitted) races including Guatemala’s Grand Primio. And, of course, he was delighted when the Cycle Messengers finally gave Panajachel the go ahead for 2010. Why by Lake Atitlan instead of Guatemala City? “Because this place needs the help and I wanted to keep my promise to the ‘friends of the mountain.’”

“We changed lives, here” he continued. “Luis Danielo Marroquin had raced so well against the field, that after he won two races our group got together and sent him to Europe to compete. Now, the brick layer’s helper is one of the top pros in Central America.”

Mr. Olivet was dismayed by the ignorance about the messenger’s athleticism.
“People around the lake were prejudged about the participants; calling them “Banditos, drunks and drug addicts.”

Yet, these contestants came to the race stowing toys and gifts for the local children in their bike crates. And, when it became necessary after the rains and mudslides left people homeless, they donated money to help those flood victims temporarily housed in the gym right next to their ad hoc bike polo field.

“These are not rich people and this is a hard earned vacation for most of them. They cannot spend money if they need to fix their bikes or pay their rent,” he said of the cyclists.

“Yet, this group bought diapers and food to share with the refugees. Many of the cyclists were moved to tears at the surprising gratitude of the people. Then a shoe drive began and Scott Free, now a repertory therapist the Los Angeles, promoted a kid’s art show to raise money selling the children’s pictures of their dream bikes.” Mr. Free was quite pleased that the drawings, many of which had volcanoes in the background, included the word “Awch’alal.”

“This is the Tz’utujil word for ‘family’ because there is no Maya word for ‘bike.’ And, once they learn to ride, they become part of this family” said Mr. Free, as he showed the drawings at the closing celebration. Meanwhile, he shepherded people to sign a giant 4’x8’ photo of Nadir triumphantly holding his racing bike overhead while standing atop a chicken bus. This giant tribute was a memento of one of the 2002 races in Guatemala that Mr. Olivet had ridden.

Mr. Olivet was, also, very proud that two top pro teams sponsored by Coca Cola and Café Quitzal had come to qualify and prouder still that the messengers had, for the most part, bested the pros. His only regret was a small one: that his Mom was not able to come, but, the good news was she was attending his niece’s graduation from medical school.

Before the party broke up and the cyclists headed back to their headquarters, Mr. Free summoned a crowd to watch the poster presentation. They joked as Mr. Olivet approached “Look the poster is supersized like you, Nadir.” “Look how thin you were before you got pregnant,” another hooted. At that moment, Mr. Olivet looked not only fortunate but extremely pleased.

on the road until they put the lid down View all posts by diane e. dreyfus